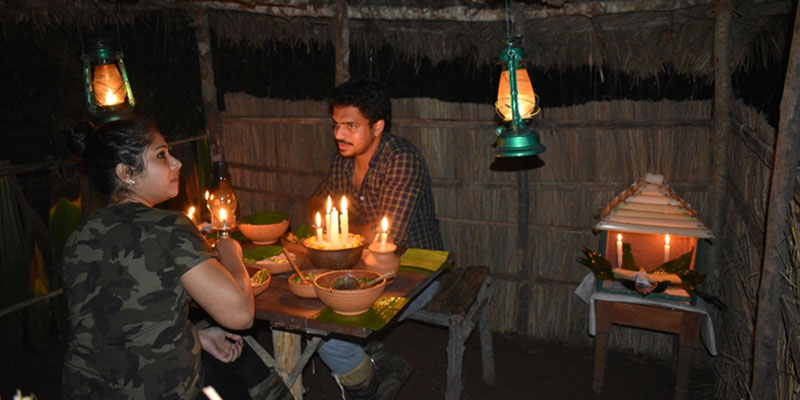 Although in use for thousands of years and generally useful, oil lamp had its faults. It was not that efficient, it had low light and oil could not be stored for a long time - it would spoil. Gas light had a better light but it was not portable. It depended on gas pipe infrastructure.

In the year 1846, medical doctor and geologist Abraham Gesner, by distilling coal, produced clear fluid. He noticed that when fluid is placed in a lamp with a wick it burns with a bright yellow flame, much brighter than burning oil. He named the fluid kerosene from the Greek "keroselaion" which means "wax oil". At first, kerosene was too expensive. But when it was found that kerosene could be extracted from petroleum its price became affordable and at the same time, that triggered worldwide race for oil.

Although in use for thousands of years and generally useful, oil lamp had its faults. It was not that efficient, it had low light and oil could not be stored for a long time - it would spoil. Gas light had a better light but it was not portable. It depended on gas pipe infrastructure.

First modern kerosene lamps are invented by Ignacy Łukasiewicz, inventor from Poland and Robert Edwin Dietz from USA, at the same time, independent of each other in the year 1853. Their main characteristics were great portability which widened their use and strong light. All kerosene lamps have container for kerosene and a wick or mantle for a light source protected with a glass globe or a tube. There are three kinds of kerosene lamps: lamp with a flat wick, lamp that uses central draught and has tubular wick, and mantle lamp. Most of the flat wick lamps are made in "dead flame", "hot blast" and "cold blast" subtypes.

Standard flat wick lamp has a flat wick made of cotton with has one side submerged in a kerosene container and a glass chimney on it for protection. It is designed in the way that it is fed cold air from bellow while hot air exits above.

Central draught kerosene lamp works the same way as flat wick lamp but it has tubular wick which gives more light and it has bigger glass chimney that gives more draft which lamp needs to burn properly.

Mantle lamp is a variant of central draught lamp which has a mantle - a net made of fabric with thorium or other rare-earth salts. Mantle stand above the flame and heats up which generates brighter light.

Dead flame lamp is a variant of standard flat wick lamp that is not intended to be portable.

Hot blast lamp was designed by John Irwin in the 1989. It was designed in a way that hot air was collected from the top of the metal chimney and directed through the metal tubes to the bottom of the flame to make a flame burn brighter.

Cold blast lamp works in a similar way like hot blast lamp but instead of hot air, cold air is directed to the bottom of the flame. That way flame gets more oxygen and burns even brighter than hot blast flame.

With advent of electrical lightning, people started to use kerosene lamps less and less but in some rural places they were in use until 1940s. Even now, in some developing countries majority of homes still depend on kerosene lamps for illumination because they don't have electricity or it is too expensive for them. At Vanya Tree Hosue, We use kerosene lamp in our open dining area to give an experience to the guest how people lived years back!

Your journey begins as you arrive at the Cochin International Airport.